Orofacial Nonodontogenic Pain – Ache Not Coming From the Tooth

How to recognize nonodontogenic pain?

With the occurrence of this condition, there are no obvious etiological factors pointing to an odontogenic pain such as dental caries, bad fillings and trauma or fracture of teeth that are typical for odontogenic pain.

According to Keiser and Hargreaves, nonodontogenic pain has the following characteristics:

More or less specific characteristics of nonodontogenic pain that can assist in the diagnosis are:

If you are not sure whether the tooth is the cause of your pain, you need to visit a pain specialist to help you with a correct diagnosis. Headaches and migraine are examples of neurovascular nonodontogenic pain.

This condition of inflammatory origin is most often manifested as allergic or bacterial sinusitis.

Some systemic diseases and conditions can cause ache in the orofacial region and be recognized as causes of nonodontogenic pain. In this case the issue may be heart pain, herpes zoster infection, sickle cell anemia and certain neoplastic disorders (such as benign or malignant tumors).

Sometimes nonodontogenic can be psychogenic origin, for example Munchausen syndrome. Myofascial pain manifests as a regional, dull, muscular pain in face region. In addition, there are certain “trigger points” whose touching causes discomfort in distant parts of the body. These are sensitive areas of the body, stimulation or irritation of which causes a specific effect in another part, especially a tender area in a muscle that causes generalized musculoskeletal pain when overstimulated. These triggers points are very important in diagnosis of the pain and can be active or latent (existing but not yet fully developed or manifested). Active are those in which the pain occurs at every touch, while when touching latent ones pain does not always occur, but only sometimes.

“Trigger points” whose touching can cause discomfort in the area of dental system are:

The temporomandibular joint (TMJ) disorders are common in adults and it is considered that at least one-third of adult population has felt the symptoms associated with disturbances in this joint at least once in their lifetime. These symptoms usually include pain in the jaw and neck, headache and snapping and scraping in the joint. Disorders in the temporomandibular joint can also cause pain that can be reflected in different parts of the orofacial system and the skull. Bruxism is the involuntary, unconscious and excessive cracking and clenching of teeth that most often occurs at night during sleep. It can be diagnosed in all age groups, and as the most important cause are considered psychological states such as stress, anxiety and tension. For many people, bruxism is transient and usually disappears when stress stops. Bruxism can cause damage and hypersensitivity of teeth, pain in the temporomandibular joint and muscle stiffness of the jaw, headaches and bites to the cheeks. These are all conditions that cause some kind of pain in the orofacial area, which can be described as nonodontogenic pain.

The most common cause of neuralgia in face region is trigeminal neuralgia, which, according to Matwychuku, affects 4-5 patients per 100,000 people. It is much more common in women older than 40 years. In presence of trigeminal neuralgia unilateral, sudden, severe, sharp pain occurs. In addition, patients often feel paresthesia, burning and lightning sensations in affected region of face. The pain extends along one or more branches of the trigeminal nerve. It takes a few seconds to several minutes for pain to disappear and it does not appear until the next attack.

There are specific trigger points – stimulation points which touching causes severe trigeminal pain. These trigger points located around the nose and mouth are characteristic for trigeminal neuralgia. In addition, seizures also can be provoked by chewing, brushing teeth, light touch and even when speaking. The intensity of pain is usually disproportionate to the intensity of stimulus because even mild stimulus is sufficient enough to induce severe pain. Local anesthetic injected into the area of trigger point causes tooth pain relief.

Atypical odontalgia, also known as idiopathic or phantom toothache, is characterized by constant toothache after pulp extirpation (performed root canal therapy), apicoectomy (surgical removing of tooth apex), tooth extractions or facial trauma. Studies have shown that in 3-6 percent of patients after endodontic treatment (root canal therapy) atypical odontalgia appears. All ages (except children) can be affected, whereby it is more frequent in women in their forties.

With atypical odontalgia there are periods of prolonged and continuous pulsations and burning sensations in the tooth and alveolar process (surrounding bone) even though there are neither clinical nor radiographic signs that can indicate a disorder related to the tooth. It can be difficult for patients to localize the pain, which is usually more intense on the side where the trauma occurred or where dental procedure was performed. The pain may spread into adjacent areas by one or both sides of face, and most often are affected upper premolars and molars. Local anesthesia may or may not alleviate the pain. Unfortunately, it is often thought that atypical odontalgia is a normal response of organism after dental procedure or a complication after facial trauma.

If the clinical examination determines that there is no presence of pathological changes in the teeth or in the area of the ear as a potential sources of pain, it is possible glossopharyngeal neuralgia is causing the pain. It is considered that this disorder is associated with the compression of glossopharyngeal nerve and/or upper parts of the vagal nerve. During the examination, dentist should follow the symmetry of movement of the soft palate and uvula when the patient speaks the voice “A”. In addition, by touching the back of the throat it should be possible to provoke vomiting reflex. Any asymmetry in the movement of the soft palate and uvula or absence of vomiting reflex should arouse suspicion in the involvement of glossopharyngeal nerve. Migraine is the most common type of headache with neurovascular origin. It is estimated that 15 to 20 percent of the population suffers from migraine. Clinically, it is well known that pain which occurs in a migraine attack can be reflected in certain parts of the face and oral structures and thus mimic odontogenic pain (toothache). There are many descriptions of the pain caused by migraine, and it is most often described as pounding and pulsating pain. This type of facial pain occurs in isolated areas of the upper and lower jaws.

One of the most common sources of orofacial pain are sinus disease of maxillary sinus (sinus located inside upper jaw) of the upper jaw and inflammation of the associated nasal mucosa which can be very sensitive and painful. Unfortunately, many of the upper teeth are unnecessary removed due to misdiagnosis, whereby sinusitis was misdiagnosed as toothache.

Symptoms of chronic sinusitis are bloating and pressure in the middle part of the face – in the upper jaw, the upper teeth and the area of the eye. The pain from sinusitis can be one-sided (unilateral) or both-sided (bilateral). This pain is not located in the area of only one upper tooth, but in the entire upper teeth region. When testing teeth show signs of vitality (pulp of upper teeth is not affected). The pain usually increases when lying down or when folding the body. Heart pain (cardiac pain) can manifest as a toothache. The most common causes of cardiac pain, which can be reflected and mistakenly identified as a toothache, are angina pectoris and heart attack (myocardial infarction). Angina pectoris usually includes symptoms as feeling of “weight in the chest”, nausea, choking and stabbing pain in the center of the sternum (breastbone) which can range from gastric area to the lower jaw. Heart attack is characterized by a range of symptoms that include sudden, gradually strengthening chest pain accompanied by a feeling of choking, nausea, signs of shock such as sweating, cold and sticky skin, and in the advanced stage of unconsciousness and cyanosis (blue colour of skin). The pain is similar to that in angina pectoris and may also spread to the lower jaw. Researchers Sandler and colleagues found that in about 10 percent of patients with heart pain (especially the elderly), that pain transmits in the area of the lower jaw. The most commonly affected is the lower left part of the jaw, but the pain can be both-sided. When testing teeth show signs of vitality (pulp of lower teeth is not affected). The ache may also spread to the left shoulder, arm and back. At physical stress pain increases in the chest area.

In patients with herpes zoster (acute viral infection caused by the varicella zoster virus) sudden attacks of pain are possible in the area of the face that are covered with vesicular rash (the presence of the small blisters on the skin). These attacks can last from several hours to several days. The use of analgesics somewhat alleviates discomfort. The diagnosis is very complex because the feeling of discomfort can mimic the characteristics of pain that occurs with toothaches of pulp origin (pulp of the tooth is affected). Scientists have not yet developed the appropriate laboratory tests for unambiguous confirmation of the final diagnosis. Acute attack of herpes zoster may be followed by ache from neuralgia along a course of a facial nerve.

In teeth whose pulp showed symptoms of ache the existence of sickle cells was determined. In 68 percent of patients suffering from sickle cell anemia it was found that orofacial or toothache can occur without presence of any pathological disorders. Namely, sickle cell anemia leads to necrosis of the tooth pulp, as it has a direct effect on the microcirculation of the pulp. Therefore, the pulp necrosis occurs without any other etiological factors.

Metastatic tumors in the jaws are relatively rare pathological changes. However, the emergence of non-specific symptoms, such as toothache and/or orofacial pain can in some patients warn of the presence of neoplastic disease in the body. According to Pruckmayer’s research this is possible in lung, breast, prostate and kidney cancer and in adenocarcinoma. Although it may seem pointless, in any patient who feels orofacial pain or ache in the jaw dentist should also suspect the existence of neoplastic disease or cancer. This applies particularly to those patients with a family history of cancer, or those who for a long time do not respond to the dental treatment which is common and successful in similar cases.

Munchausen syndrome was first described in 1951 and named according to Baron von Munchausen, who lived in the 18th century in Germany, and was known for his incredible stories and life experiences. This syndrome is characterized by three specific features: pathological lying (pseudologia fantastica), the existence of simulated diseases and walking/moving from place to place.

Patients suffering from this syndrome are constantly seeking medical attention due to a combination of symptoms that range from deliberate self-harm to the false guidance of pathological changes and conditions. According to Blyer, possible manifestations of this syndrome are abdominal ache, bleeding and neurological symptoms. Kounis in 1979 added a fourth possible manifestation – cardiovascular problems. Blyer’s study has shown that there are patients suffering from this syndrome who describe their medical problems as ache that is a result of disorders of the temporomandibular joint and toothache.

Nonodontogenic pain, as a subspecies of orofacial pain, can have many causes and different clinical manifestations. Proper diagnosis of this condition can sometimes be tricky, complicated and time-consuming and requires excellent medical knowledge and taking a thorough medical and dental history. Incorrectly identified nonodontogenic pain can have many harmful consequences for the life and health of the patients. 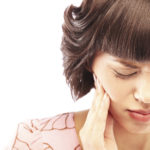 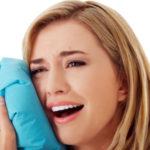 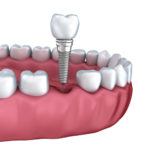 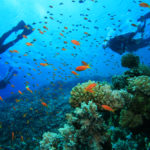 Causes Of TMJ Disorders And How A Family Dentist Can Help