Myasthenia gravis is a relatively rare disease from the group of autoimmune neuromuscular diseases that was first described more than 400 years ago. The very name of the disease comes from a combination of Greek and Latin words, which in Greek mus means muscle, sthenos means weakness, and gravis in Latin means seriously, so in English the name of this disease could be read as serious muscle weakness.

In myasthenia gravis, the body produces its own antibodies against the acetylcholine receptors on muscle cells (myocytes). These antibodies prevent the normal transmission of impulses between nerves and muscles, which prevents normal functioning of the muscles. Therefore, it quickly comes to muscle fatigue and feeling of exhaustion and weakness.

The causes of myasthenia gravis appearance are not yet fully understood, but scientists suspect on viral infections, stress, individual predisposition to develop autoimmune diseases and paraneoplastic formation (tumor of the thymus gland).

The main symptom of myasthenia gravis is muscle fatigue which quickly becomes more pronounced during normal physical activity, and decreases after a period of rest. Therefore, these patients have the most muscle strength in the morning after a night’s rest, and at least at the end of the day. There are many other symptoms of myasthenia gravis, but the most common are: the falling of the eyelids, blurred vision with or without double vision, nasal speech, chewing and swallowing disorders, weakness in the legs and arms, difficulty breathing, etc. Spreading the disease on respiratory muscles causes shortness of breath, which in 15 to 20 percent of patients can lead to a myasthenic crisis, of which 4-8 percent of cases end fatally.

It often takes months to diagnose myasthenia gravis, and sometimes years after the first symptoms. Diverse and nonspecific symptomatology is possible reason for wanderings in the differential diagnosis, which may vary from psychiatric diseases, pathological intracranial lesions, gastrointestinal problems, and all  through to motoneuron diseases and myopathies. Therefore, patients are often subjected to unnecessary diagnostic procedures and sometimes the wrong treatments. Today, the diagnosis of myasthenia gravis sets based on clinical presentation and application of specific pharmacological tests (eg. tensilon test), electrophysiological tests (eg. repetitive nerve stimulation), presence of antibodies (eg. muscle antibodies, antibodies to acetylcholine receptors, anti-MuSK antibodies), the thymus gland and thyroid gland examinations and computed tomography or magnetic resonance imaging examination. The level of antibodies to acetylcholine receptors in the serum is considered the gold standard in the diagnosis of myasthenia gravis, because they can be found in 80-85 percent of patients with generalized form of the disease.

The neuromuscular weakness in the head and neck region, caused by myasthenia gravis, can interfere with the normal functioning of the dental system, affect oral health and require a specific approach in the implementation of dental treatment.

Visible symptoms of myasthenia gravis in the oral cavity and pharynx can be found in 56 percent of patients, and in 19 percent of cases they are the only features that can be found in the early stages of the disease. Therefore, dental patients are required to alert their dentist at all functional and morphological changes in the head and neck region, and the dentist is obliged to devote to each patient, refer him further to neurologist and the appropriate neurological treatment.

Myasthenia gravis can lead to changes on the tongue. The most common is lipomatous atrophy where tongue becomes scarred, flabby and atrophic with characteristic triple longitudinal grooves (so-called myasthenic tongue). In addition, this flabby tongue due to altered muscle tone can become dysfunctional.

In people with early stage of myasthenia gravis it can be noted specific expression of the face that occurs due to fatigue of facial muscles. This is known as myasthenic face: sleepy, expressionless and apathetic. To the total expression contributes unilateral or bilateral ptosis (lowered eyelid). Also, due to the impairment of face muscles, laughing is partially or completely disabled, and such an attempt results in an expression that does not look like the usual smile and can be interpreted differently.

Lack of power in myasthenic muscles makes it difficult to close the mouth, so lower jaw is often hanging with the mouth remained open. The chewing force is significantly reduced, which makes chewing and grinding food difficult. When, at the end of the masticatory cycle, patient succeeds to create a morsel of food ready for swallowing, it’s routing to the esophagus and swallowing can be very  difficult and slow. In this case we are talking about dysphagia. Problems with swallowing are not created solely by solid food, liquids also hard to consume so patients, instead of one large, take several smaller sips. Dysphagia is a major cause of mortality in myasthenia gravis, and swallowing problems may be one of the first symptoms that warn of presence of myasthenia gravis, which has a great diagnostic value.

Long-term weakness of muscles that provide chewing and swallowing can lead to digestive problems, malnutrition, dehydration and hypokalemia. Hypokalemia can be especially dangerous because it further reduces muscle strength, which is particularly evident when myasthenic crisis occurs. Therefore, it is recommended that patients take the drug, which is cholinesterase inhibitor, one hour before each meal and to relax at least half an hour before eating. In addition, it is necessary to eat slowly and do not tire yourself out unnecessarily during meals. As the body is the most rested in the morning, it is desirable that the main daily meal is consumed in the morning when the muscles are stronger.

The weakness of palatal and pharynx muscles, which are essential for phonation and articulation, can lead to disorders of speech. This is usually described as a nasal speech or speech through the nose. In the advanced stage of the disease, because of the speech disorder and weakness of the facial muscles, it can be very difficult for patients to verbal and nonverbal communicate.

Dental treatment of patients with myasthenia gravis, in the early stages of the disease, can be carried out without the need for any special modifications in the planning and implementation of interventions. However, in advanced stages of the disease, treatment can be complex and has its own characteristics. That includes disease recognition and effective action in myasthenic crisis, avoiding adverse drug interactions, monitoring the impact of treatment of myasthenia gravis on oral health and the implementation of necessary modifications to dental treatment. To reduce the risk of complications in cases of advanced disease, it is desirable that the dentist consults with a physician or neurologist who treats the patient.

For dental treatment of patients with myasthenia gravis, dentists need to schedule more short-term morning visits, which allow usage of patient’s morning oral muscle strength and avoid accumulated daily murder. If longer treatments are planned, it is desirable that the patient, in consultation with the physician and the dentist, one hour and a half prior to the operation take acetylcholinesterase inhibitors to achieve their maximum effect during the implementation of dental treatment. In consultation with the patient, dentist needs to find the most comfortable position for the patient in the dental chair, and if necessary at the request of the patient to change it during the operation.

Emotional stress due to fear of dental procedures can cause myasthenic crisis. Therefore, it is advisable that dentist explains to the patient workflow of dental treatment and the procedure and ensures it’s painless (to apply local anesthesia). Quality relationship between patient and doctor and their mutual trust helps the patient to avoid emotional stress. In cases where this is not possible to achieve, dentist should try to apply other different techniques or sedation.

One of the consequence of taking medication for the treatment of myasthenia gravis can be increased salivation. This, combined with swallowing problems, may cause difficulties in the implementation of dental procedures because there is a risk of inhalation of the content of the oral cavity. Therefore, a quick and efficient removal of oral content should be enabled with dental suction and, if possible, applied protective rubber dam.

Extensive oral surgery interventions in patients with myasthenia gravis may only be performed when patients are in a stable phase.

The use of drugs in dental patients with myasthenia gravis

In preoperative preparation of these patients for dental treatment, premedication with benzodiazepines and similar drugs should be avoided because patients with myasthenia gravis are sensitive to respiratory depressants. Premedication with nitric oxide is considered safe.

Patients with myasthenia gravis should regularly and properly maintain their oral hygiene. Teeth and oral cavity should be cleaned at least twice a day (in the morning and in the evening after the last meal). Due to the rapid muscle fatigue, the use of electric toothbrush is recommended. If there is no major obstacle because of the pharynx muscles function, a mouthwash is also recommended  to reduce dental plaque.

With prevention of caries and oral cavity diseases, the need for dental visits and the implementation of more complex dental procedures which are not always suitable for patients suffering from myasthenia gravis, are reduced. But, even though there are no problems with the orofacial system, the dentist should still be visited every 3-6 months.

A special attention should be given to dental treatment of  patients with myasthenia gravis. In stable patients with controlled disease special precautions are usually not necessary. But with patients in the advanced stages of the disease, the implementation of the procedure and the application of necessary medicines should be adjusted. With regular and proper personal oral hygiene and with regular dental checkups it is possible, despite the disease, to have a healthy mouth for a long time. 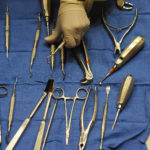 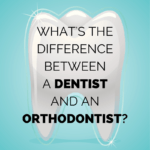 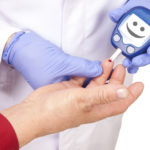