Is Xylitol Toxic To Dogs? – Side Effects and Symptoms To explain completely why the Xylitol is toxic to dogs, we will start with what Xylitol actually is. In short, it is a sugar alcohol that is used as a sweetener. It has been shown by research that it improves dental health with regular use. It reduces cavities to one third compared to using natural sugar in the diet.

Xylitol occurs naturally and is often used like a sugar substitute. Sugar alcohol by chemical composition, it is naturally found in trees, lettuce, mushrooms, oats, corn, plums, berries and some other fruits.

For commercial use, it is extracted from hardwood trees, birch trees, corn fiber and various other vegetable. Only recently, when its low glycemic index and benefits for combating plaque become recognized, it has increased in popularity.

What Can You Make Out Of It? By looks and feel it is quite similar to sugar. When it is produced, in raw form, it looks like a white powder. It has been accepted worldwide as an ingredient in pharmacy products, oral care products and as a food additive.

From the long list of medical products, we can mention the nasal sprays, digestive aids, prescription medications, laxatives and allergy medications. It is also used in eatable medications such as: sleep pills, antipsychotics, pain relief pills or even in the liquid form. What Makes It So Interesting And Popular? This property makes it very good for diabetics or for those who are prescribed diets with a low carbohydrate levels.

But this is not all. For oral health, as research has shown, Xylitol reduces forming of plaque, enhances the saliva production and acts as an inhibitor to tooth decay.

But, Is It Really Safe To Use?

For people it is pretty safe. But, similar to other sugar alcohol, it can act as a mild laxative. This is only the case when it is taken in larger quantities though. Or, perhaps, when it is eaten for the first time ever.

It is necessary for the digestive system to adapt to Xylitol and it may not be completely digested at first.

For the dogs however, Xylitol is very toxic. This means that even the small quantities of this sugar can have adverse effects to dogs. And they include hypoglycemia – which is a low blood sugar, liver failure, seizures and can even result in death.

So, Why Is It That Xylitol Is So Toxic To Dogs? On the other hand, when a dog eats Xylitol, it is quickly absorbed. This rush of stimulant in the bloodstreams of the dog causes the quick release of insulin.

As a result of the large influx of insulin, level of blood sugar is quickly and in great quantity decreased. This causes hypoglycemia within 10-60 minutes from the consumption of Xylitol. If no action is taken, hypoglycemia can cause adverse effects to dog’s health.

How Much Xylitol Is Dangerous To A Dog?

Based on a collected reports from some veterinary clinics, the amount that can cause hypoglycemia is between 50 mg (milligrams) per pound of body weight. Or when translated to metric system about 100mg per kg.

As the eaten dose increases, so is the risk of liver failure greater. The most frequent cause of Xylitol poisoning is from a dog eating a sugar-free gum. But not all sugar-free gums are produced with the same amount of Xylitol. It could take 9 pieces of gum, in a gum with low percentage of Xylitol, to cause threatening hypoglycemia in a 45 pound (about 20 kg) dog. For a same dog, 45 pieces could result in a liver failure.

If you are chewing gums with 1g/per piece of Xylitol, even only 2 pieces could result in a very low blood sugar levels and cause severe hypoglycemia. For the same dog, 10 pieces could cause a liver failure.

As you see, for each brand of chewing gum there are different amounts that can be dangerous. And it is important to establish weather a critical dose of Xylitol has been ingested.

What To Do If Your Dog Eats Xylitol Gum or Any Other Product That Contains It? It is important you react quickly if you think that your pet might have eaten a product that contains Xylitol. For example a Xylitol chewing gum. You should contact a veterinarian immediately.

Some people may think it is a good idea to induce a vomiting or to give some medication to a dog. But you should not do anything unless you are specifically told to do so by your veterinarian.

Your dog need a professional treatment as soon as possible. If your dog is already a hypoglycemic, if a vomiting is induced it could actually make him worse.

What Are The Symptoms of Xylitol Poisoning? These symptoms can develop very quickly. Most of the time within 15-30 minutes from the time of eating a Xylitol containing product.

As hypoglycemia develops, here is the list of signs you should watch for:

If enough of the poisonous substance is ingested, it may lead to liver failure and seizures. These signs of hypoglycemia become prominent in dogs whose liver fails because of the poisoning.

How Is The Diagnosis Made?

Basically, if you have seen and know for sure, or you have found evidence that your dog has eaten a Xylitol product, it is enough to establish a diagnosis.  Your knowledge of the incident and symptoms that develop are proof enough of the Xylitol poisoning.

Your veterinarian will promptly start with the treatment, without further waiting on laboratory testing, to give your dog best chances for recovery. Toxicity develops quickly and appropriately fast reaction is needed.

How Is The Treatment Done for Xylitol Poisoning? Unfortunately, no antidote exists that can remedy the situation quickly. Some of the treatment that can help are: liver protective drugs, IV fluids and sugar supplementation l.

As we have already mentioned, your veterinarian should act quickly and with determination to start to reverse the poisoning and prevent more serious problems.

If you promptly brought your dog to a veterinarian and the dog doesn’t show any signs of poisoning, a veterinarian may decide to induce vomiting. First, he or she will check the dog’s blood glucose levels to make sure the procedure can be done safely.

If the signs of toxicity have already begun to show, treatment will be adjusted to the symptoms that had developed. Most common course of action here is to check  the blood work. This is necessary to determine if low blood glucose and/or low potassium levels have developed.

In any case, your dog will probably be hospitalized in order to be able to monitor blood sugar. But also for dextrose administration, liver protectants, IV fluids or any other supportive care.

Since it is important for liver functioning and blood sugar to become normal, dog will be monitored by doing frequent blood work.

What Are My Dog’s Chances For Recovering From Xylitol Poisoning? Best case scenario is when a dog is brought to a veterinarian before the symptoms of the positioning develop. Similarly good outcome is likely for dogs who develop only mild signs of hypoglycemia which can be quickly reversed.

Poor prognoses happens when a dog develops a liver failure or bleeding disorder. Even worse is when a dog gets into a coma.

For about 40 years it has been known that Xylitol causes hypoglycemia to dogs. Newest research has shown some additional serious illnesses than can also develop from it.

They include acute liver disease which could be life threatening and coagulopathy. This has been noticed first when some dogs started showing elevated liver enzyme shortly after ingesting Xylitol – only 12 to 24 hours later.

It has been determined by further examination that liver failure was caused before the poisoning could develop to a greater extent.

This new discovery indicates that more research is still needed on the toxic influence of Xylitol on the dogs and possibly other animals. What Can Be Done To Prevent The Poisoning To Ever Happen In The First Place?

It is most likely you already have some Xylitol products in your household. If so, sore them so that they are securely out of the way of your pets. If you know a product contains Xylitol, do not give them to your pets.

Did you know that some veterinary products can contain Xylitol? Some examples are Gabapentin medication and mouthwash. If they are used according to prescription, a poisoning will not accrue. On the other hand, in large doses they can be potentially dangerous and result in poisoning.

Toxic effects of Xylitol on dogs have been documented much more than for some other pets like: cats, ferrets and such. They may react to Xylitol in similarly compared to dogs.

To conclude, fast reaction time is of the essence.  It is both safer and cost less when the problem is dealt with immediately! 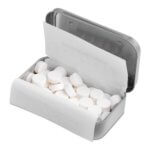 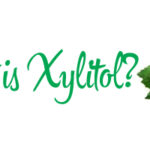